March 8th is around the corner and it is the day set aside for women. The International Women's Day 2019: Balance For Better.

Balance for better is the theme for 2019, International Women's Day.

I recently contributed to a blog post on a relationship niched blog where I talked about the greatest strengths of a woman.

A woman is a life carrier and a life giver.

Those are just a few words that describe the strength of a woman!

What Is International Women's Day?

The International Women's Day is being celebrated annually every March 8th and has been celebrated for more than a century now.

It is a day set aside to celebrate the social, economic, cultural and political achievements of women, globally according to the website.

Women are worth celebrating. Not just only on International Women's day and Valentine's day, but every single day. I want to believe every man who is a reader and follower of kingingqueen agrees with me!

I believe in the power of women and as Michelle Obama aptly puts it,

''There's no limit to which what we as women can accomplish''

IWD is a day set aside to remind us that we still have to fight the fight of equality in all ramifications. 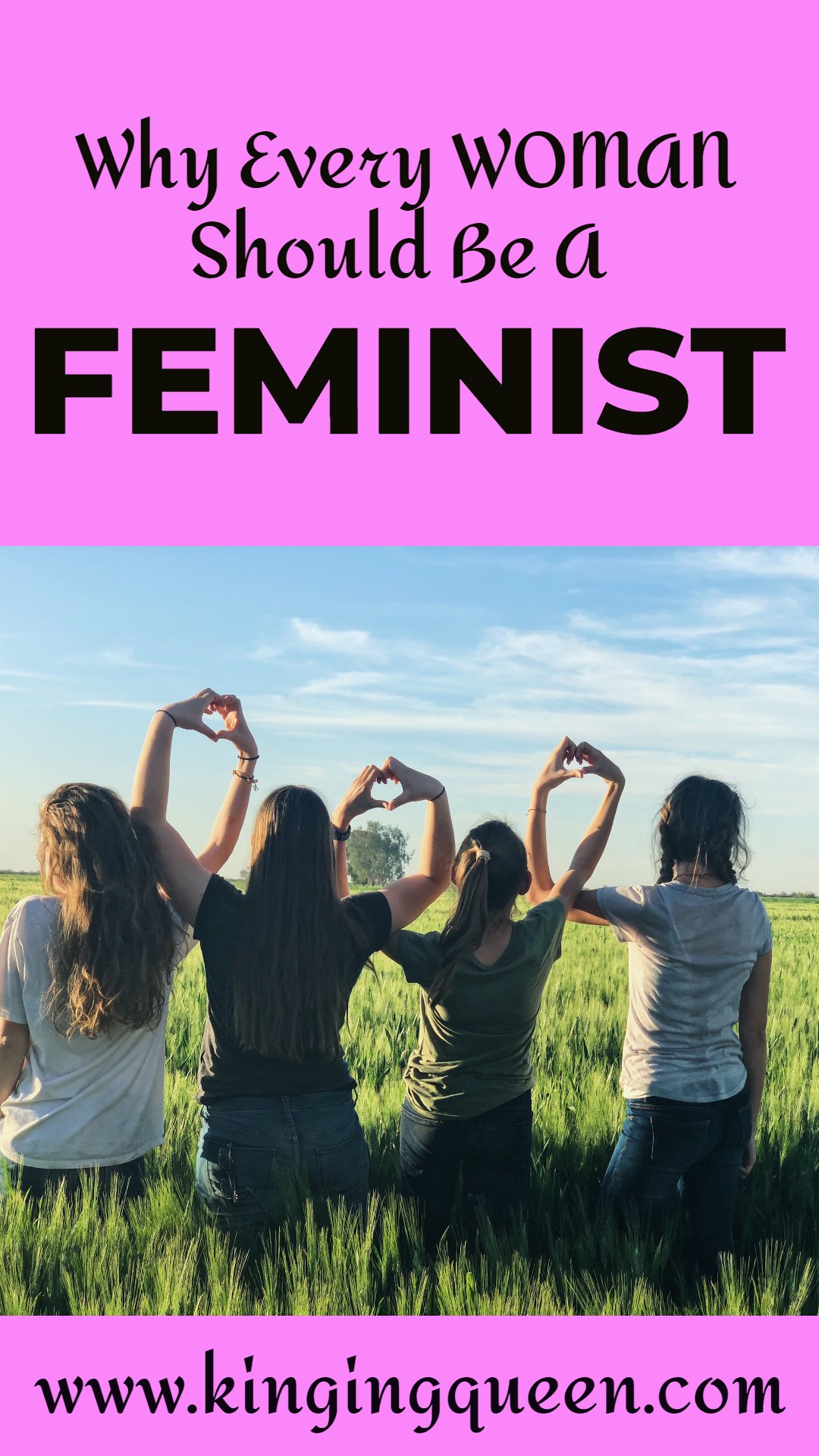 Like I mentioned earlier, the International Women’s Day has been occurring well over a century. This means it started in the 1900s during the industrial revolution (remember from your history classes?)

It was first celebrated in 1908 when 15000 women marched through the city of New York demanding for shorter work hours, voting rights and of course equality.

That was the day feminism and the International Women’s Day was born.

I believe you already guessed that the women’s march in 1908 was as a result of oppression and inequality.

In 1909, after a declaration by the Socialist Party of America, the first National Women’s day was celebrated every last Sunday of February up until 1913.

Clara Zetkin proposed the idea of an International Women’s Day celebration in every country during the 2nd conference of working women held in Copenhagen in 1910. Clara’s proposal was agreed on and this birthed what we are now celebrating.

Countries like Austria, Germany, Switzerland, and Denmark became the first countries to celebrate IWD based on the decision agreed on in Copenhagen. These countries celebrated the day on March 19th. It was recorded that more than a million women and men attended the IWD rallies where they campaigned for women’s right to work, vote, hold public offices etc.

The most significant history of IWD for me would be Russian women celebrating International Women’s day a day before world war during the last Sunday of February in 1913. It was also in 1913, March 8 was adopted as the official day for celebrating women

This is perhaps the turning point and the most significant of the history of the celebration!

The theme for this year’s IWD according to the website is Balance For Better with hashtag #BalanceforBetter.

Taken literally, it means when there is a balance, then everything is better.

A work environment with 85% of its workforce comprising of only males do not depict a balance.

And of course, vice versa.

A situation where boys are allowed to go to school while girls sit at home does not depict a balance. This is predominant in most African regions and some other regions.

This is what the theme for this year’s celebration is all about.

It is about building a gender balanced world. Imagine a gender-balanced government

My country, for instance, needs more participation in Government and this can only happen when there’s room for equality.

The world generally will be better, when there is a balance of both males and females in every setting. Be it the boardroom, government, workplace to mention but a few.

Balance for better is the only way, our world will thrive and be better.

The color for IWD is purple. Yeah!

It is no wonder that this color is one of my favorite. It is a royalty.

As stated in IWD website (include link to IWD color here) Purple as a color signifies the empowerment of women, inspires hope and vision; it is complex and contemplative; it is also associated with counterculture, unconventionality and artistic brilliance as depicted in Prince’s award-winning song ‘’Purple Rain’’ and the book that won a Nobel Laureate prize for Alice Walker aptly titled ‘’ The Color Purple.

The Color Purple was about discrimination of African American women in the Southern States of America in the 1930s.

‘’Throughout history, the color has featured prominently in artistic representations of women, including an 18th-century portrait of Russian Empress Catherine the Great by Fyodor Rokotov.

Getting a sample of the International Women's day logo is difficult. I was required to register on the IWD site to access the logo. They also have rules on how to use the logo and of course when not to use it.

I did register but didn't get the logo as at when writing this blog post.

No, I don't want to be used for infringing on copyrights.

In any case, the logo is a circle with a small cross at the edge

Of course, the IWD color is purple and the International Women's Day logo is purplish in color

Like I mentioned above, The United Nations started celebrating the Women’s day back in 1975 and since then has been fully involved in the celebration.

Each year, the UN celebrates the day with a theme and the theme for 2019 is
‘’ Think Equal, Build Smart, Innovate for Change’’

Their theme aligns with that of IWD in that it is equally calling for equality in all aspects of society.

The UN’s theme is centered around encouraging women to be actively involved in STEM (Science, Technology, Engineering, Mathematics) and design.

If you observe very well, you would have noticed that not a lot of women are in those fields

As women, we have to be actively involved in STEM and design to achieve equality (think #BalanceforBetter).

This year, The United Nations will be celebrating women's day in New York and will be attended by women in STEM and design, officials of UN and of course persons who are interested in pursuing the advancement of women's right.

United Nations and Sustainable Goals As It Relates to IWD

If you are familiar with the UN's sustainable goals, you would know that achieving gender equality is one of the 2030 vision.

Some key targets of the 2030 Agenda

The United Nations is geared to ensuring that the International Women's day is used in facilitating the achievement of the sustainable goals as it relates to gender equality and other women related issues in order to actualize the 2030 targets.

The International Labor Organization is the organization mandated to set labor standards, develop policies and devise program promoting decent work for all women and men.

Reports released by ILO shows that there is still a huge discrepancy in gender equality especially in developing countries as well as in Arab Nations and Northern Africa where cultures are a limiting factor preventing women from working and even schooling.

This is what The ILO's Deputy Director-General for Policy, Deborah Greenfield has to say...

''Despite the progress achieved and the commitments made to further improvement, women’s prospects in the world of work are still a long way from being equal to men’s."

Relating this with IWD theme, ''Balance for Better'' and UN's theme, ''Think Equal, Build Smart, Innovate for Change'' for celebrating women's day in 2018 means that there is still a lot to be done!

We, women have to step up our game! 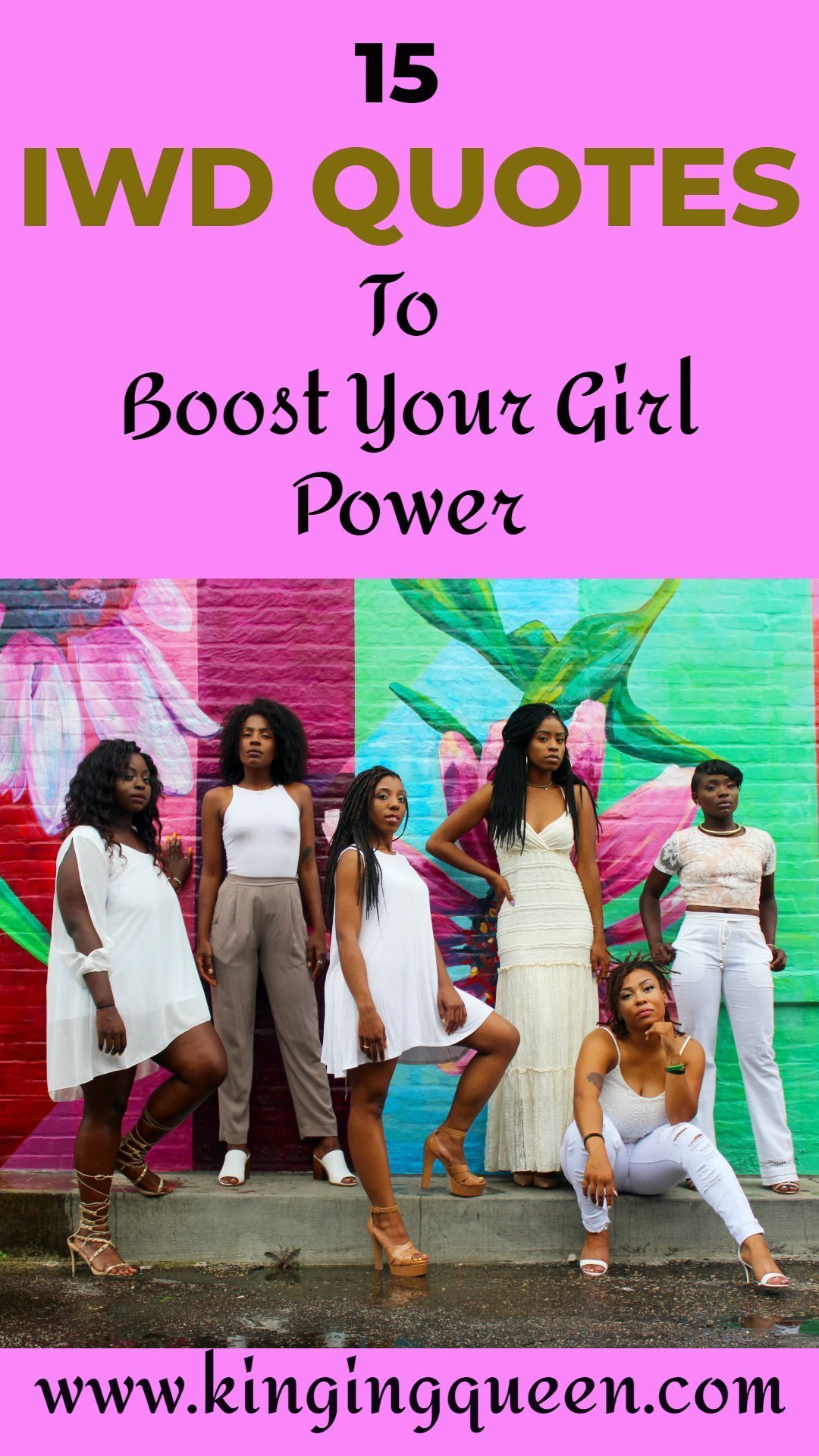 This is a round up of quotes by famous women all over the world that resonates with what the celebration of Women’s day stands for.

They speak to me as it should to everyone. Both men and women’

Lessons I Have Learnt About Women’s Day

What are your thoughts about celebrating women's day? How do you view yourself as a woman? What lessons have you learned as regards IWD and would you say you are a feminist? Do you believe every woman has some sort of feminism spirit in her?

Let me know your thoughts in comments!

Happy Women’s Day to all you beautiful women out there. May we conquer our fears and walk in one accord!

Welcome aboard! The Kinging Queen Blog provides resources, tips and hacks on Self Improvement and Personal Development for women. I hope you find what you look for and also join our thriving community of over 300k monthly viewers!

5 Benefits of Getting Out …

Everything You Need To …