Hello KQ Tribe. Happy new week! I thought I should gist you all about some happenings in my life on Chronicles Of Jennifer! Today I want to share a crazy experience of losing out for looking good and wearing a nice outfit for an interview.

So in August, I went for an interview with a multinational company. Can’t reveal details as per names and location and all that. You all know I have a 9 to 5 job. 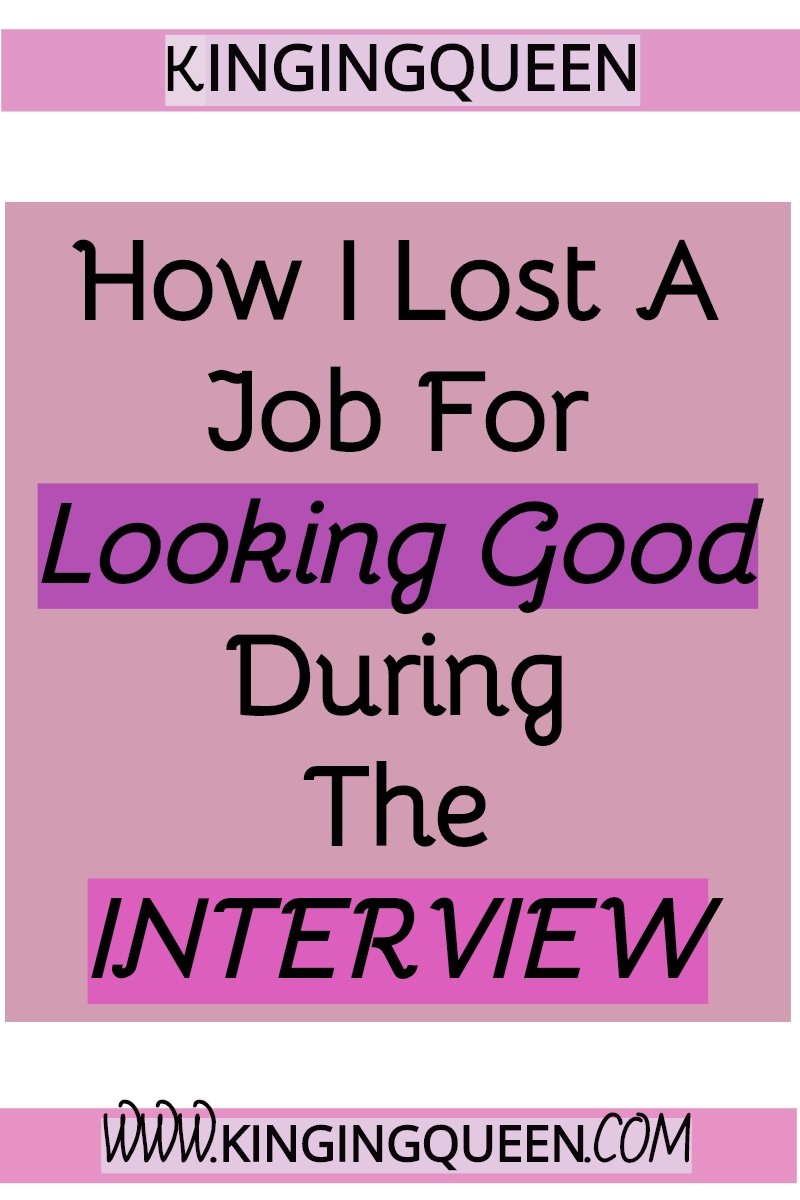 Yes, I was invited for an interview in one of these multinational companies for a management role (middle).

On the D day, I woke up, had my bath, dressed up and showed up promptly like the boss I am lol. I arrived over an hour before the scheduled time.

I wore what I thought was suitable for an interview, a peach “co-ord” jacket and trouser I got from H&M and I put a leopard skin scarf I got from Zara round my neck.

Then completed the outfit with kitten block heels shoes equally from Zara. It was a lovely get up or so I thought.

It never occurred to me for one minute that I would be losing out from the interview due to my looks and outfit. Well, that is the report I got this week after a tensed two months waiting to be contacted.

Due to the fact that we came from different cities as well as having candidates who were domiciled in the city where the interview is being held, the HR Partner decided that those from far should be interviewed first to give them an opportunity to return back to their base on time.

From that decision, I was selected to be the third person to be interviewed. After a brief discussion of how the interview would be conducted, the first candidate was called.

It was my turn in no time. I went in and met a 3 man panel comprising of the HSE Manager (who happens to be a “friend” by the way and was the one who let me in on the whiff of the job opening), the regional director for HSE and the HR Partner.

Both the HSE Manager and HR Partner are blacks and Nigerians while the other guy is white and British.

I wouldn’t know if their nationalities had any bearing on their decisions, but I thought it is worth mentioning since the info I got later kind of borders on their opinions about me and my outfit.

The interview took off shaky. I guess a bit of nerves on my side but was in my element in no time and concluded very well if I say so myself.

There was no question I was asked and didn’t answer correctly.

After the interview, I traveled back to my city, gave my “friend” two days and decided to call. I got a very hostile hello response on phone, promptly apologized and then hung up.

I waited for over a week and left a message on his WhatsApp. For one, I just wanted to know his thoughts about my performance during the interview. Despite the fact I thought I did well, I also wanted his opinion since he was one of the interviewers.

Well, my calls and messages all went ignored!

I don’t know why.

What do I do? I decided to ask a very direct question as yours truly is not one to dilly dally on issues.

The question was “so am I getting the job?” Was it too direct? I am all for hitting the nail on the head however “painful” the “act” may be.

Well, as direct as the question was, I never got an answer to it until about two weeks ago. Yeah, do the maths and let me know how long it took to get an actual response from my “friend” from the time I was interviewed. You are a genius!

So my good “friend” said a lot of gibberish!

Oh, wait? Why did he suddenly contact me out of the blue after ignoring me, messages and calls for almost two months? He responded to one of my WhatsApp statuses where I said

“if giving help is conditional, it is no longer help”

Apparently, it pricked the dude’s conscience and he decided to contact me by responding to the WhatsApp status.

Well, I told him a few home truths there and then.

His excuse? His lines are monitored by the company so he can’t say anything about the job.

What the heck?! The same mobile number and WhatsApp he used in telling me about the job and talking extensively about it prior to the interview?

Wait. Same number he was also using to tell me the gibberish he said the day he responded to my WhatsApp status? Well, he did mention that he was currently out of the country and that is why he could talk and/or wanted to speak with me. How plausible is that?

I leave you to help answer that. I wouldn’t want anyone thinking I don’t want to give the dude any leeway lol.

The Outfit That Led to Losing Out

Like I explained earlier, I wore a peach buttoned down jacket and pant trouser. Tied a scarf on my neck and completed the looks with peach shoes. Not high heels.

So how did I get to hear about losing out from looking good and wearing a nice outfit?

Hang on for the story!

This is how it all went down after telling my dear friend some hard truths.

Coincidentally, a friend of his whom we all grew up together called me to inquire about something and I decided to narrate the whole saga to him. He said he was meeting him over the weekend and that he is very definite, he will say something about the interview.

The feedback? My dear friend (you should know which one I am referring to) told his friend that the white guy (British dude) said from the way I looked (dressing and all that), he didn’t think I could do the job!

I know, I know. You are irate on my behalf. It is common to judge people by their looks. He needs a lesson in emotional intelligence if he is going to be a good interviewer.

How does looking good and wearing a nice outfit (suitable for an interview), lead to losing out on securing a job despite your performance during the interview?

It still beats me. So much so, I had to ask a couple of questions on WhatsApp as to how people should dress when attending interviews!

My Look For The Interview

These pictures were taken about three weeks after the interview at my office. I didn’t take any pictures the day of the interview but this is the exact look that day. Scarf included.

Interestingly, the make up I wore that day was very mild. I was super conscious of that!

I do know looks are judged.

But judged to the extent that looking good and dressing well results in being labeled as not “being able to do a job”? 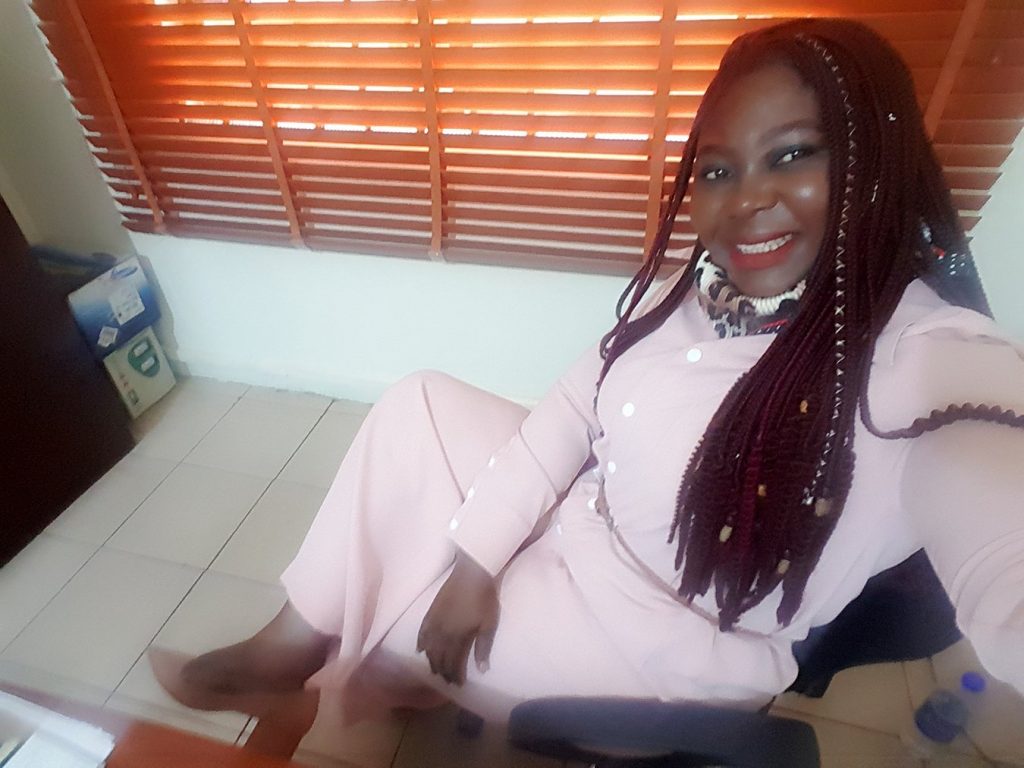 My Look For The Interview 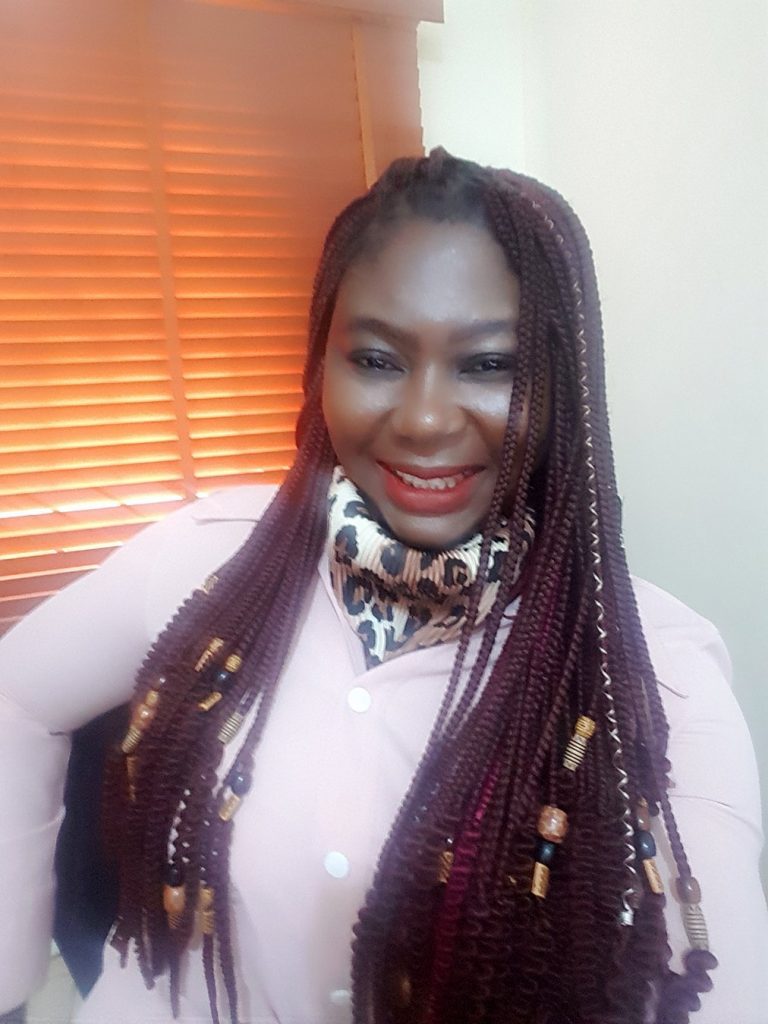 Was The Peach Too Bright For An Interview? 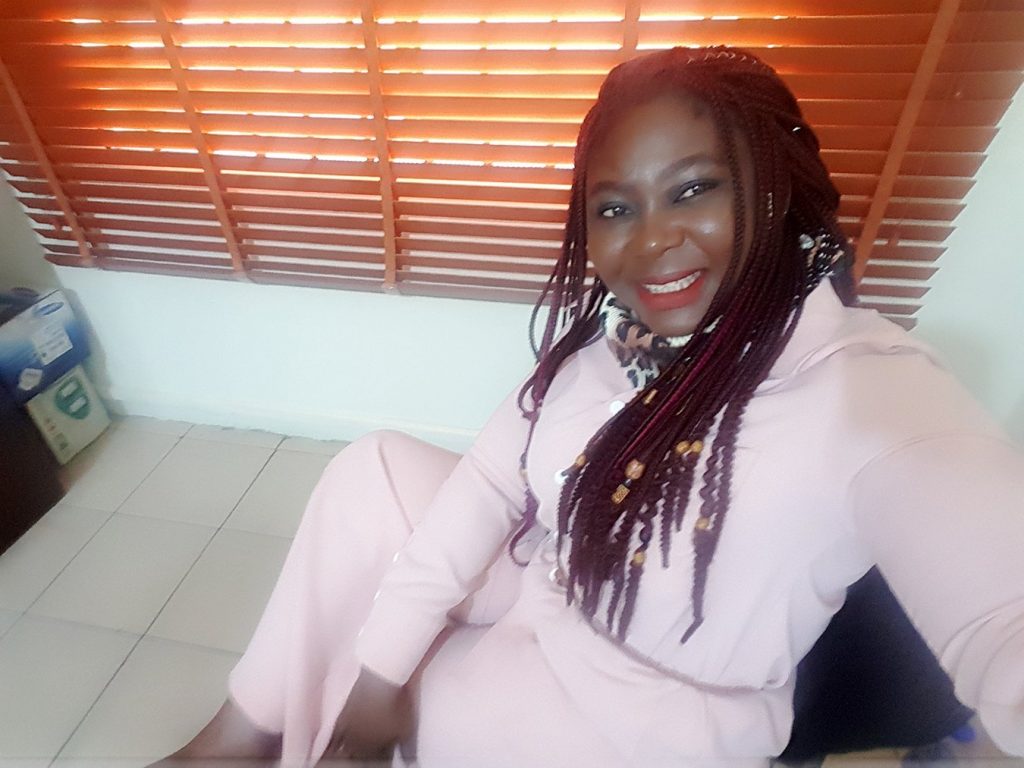 Maybe I was Too Peachy?

So that is what led to my losing out on a job I was hoping to cinch. I would also like to mention that same dude who ‘concluded” I can’t do the job from my looks, “made eyes” at me throughout the duration of the interview.

Oh well, you lose some and you win some.

I would sincerely love to hear from you all. Share your interview tips and experience!

Welcome aboard! The Kinging Queen Blog provides resources, tips and hacks on Self Improvement and Personal Development for women. I hope you find what you look for and also join our thriving community of over 300k monthly viewers!